With the New York Knicks playing better basketball under Mike Miller and the trade deadline approaching, how should the Knicks value Marcus “Mook” Morris?

Marcus Morris signed with the New York Knicks this past offseason on a one-year deal worth $15 million. This was after he agreed to sign with the San Antonio Spurs and then backed out.

Mook was brought in to provide veteran leadership to the Knicks’ young players. However, he has become much more than just a veteran presence. He has also provided solid play on both ends of the court and has brought a hard-nosed culture of competing night in and night out.

The other reason Morris was brought in was that the Knicks wanted to create some trade value so that they could acquire better assets – mainly draft picks – and he has done precisely that.

If you have tuned into a Knicks game this season, you probably have noticed that Morris has been one of, if not the only, most consistent player since the beginning of the season. He has provided stability offensively and defensively (especially offensively).

Looking at all the numbers, the one that stands out the most is Morris’ 3 point shooting. His 3 point shot has taken a dramatic jump, which is certainly needed on this Knicks team, which ranks 23nd in 3 point shooting. The way that Morris is shooting, you would think that you were watching Klay Thompson or Kyle Korver out there (of course, with fewer attempts, though).

Another trait to take note of is Morris’ shot creation. It is another desired asset that he brings to the Knicks that has been helping the Knicks stay in a majority of games. His shot creation has been so impressive this year, that fans have donned him the nickname “Dollar Tree Melo” (referencing Carmelo Anthony) because it seems like he can score at will against any matchup most of the time (Thank you Knicks Fan TV & The Knick of Time Show for that one!)

And to see how much of an overall offensive threat Marcus has been, here is the highlight of him putting up a career-high 38 points against the NBA Final favorites, the Los Angeles Clippers.

Now, as I previously stated, Mook was brought in to provide veteran leadership for the young developing Knickerbockers. When he was signed, Morris announced that he wanted to bring back the 90’s era Knicks mentality and defend home court. And for those of you who are unaware of how the ’90’s Knicks played, they were the most physically intimidating team during the ’90s. That team was ready to fight from tip-off to when the clock ended at 00:00.

It was noticeable that the Knicks we’re trying to live up to that mantra when they started off the season by continuously fighting back from substantial deficits to win games. However, the Knicks then fell into a spiral of terrible losses after 15 games into the season. It got so bad that the Knickerbockers allowed back-to-back blowout losses to the Milwaukee Bucks (loss by 44 points) and the Denver Nuggets (loss by 37 points).

However, as of late, the Knicks have been picking up their level of defensive play, and you can partially attribute that to Marcus’ leadership. Hours before Miller was announced as the interim head coach, and Morris held a players-only meeting to discuss how the players need to pick up their level of play. And the results of that meeting have paid dividends as it seems to have resonated with the other players.

Before the only players meeting, the Knicks were ranked second to last in defensive rating according to NBA Advanced Statistics. After the meeting, the Knicks now rank 16th defensively (tied with the Brooklyn Nets, Charlotte Hornets, New Orleans Pelicans, and Portland Trailblazers).

With Morris on the team, you can see the Knicks have had a sense of leadership that they have been missing. He has been holding his teammates accountable, has them playing with intensity, and keeping them focused throughout the season. These are all valuable traits that are key to developing a young team. Just listen to Frank Ntilikina as he talks about Mook in the interview with Rebecca Haarlow.

Now for all the positives that Morris has brought to the Knicks for the beginning of this season, the Knicks have to decide on whether or not to trade him.

Why Morris should be Traded

For the fans out there that are on the fence or in the camp of keeping Morris, here are some reasons to consider trading him. 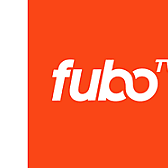 The first reason that we should trade Morris is based on a franchise perspective: he is on a one year deal and could easily walk away from the team, and we get nothing in return. And as Knicks fans, we should know that this would not be the first time to happen (Jeremy Lin and Kyle O’Quinn).

It would be nice if the Knicks could extend Morris’ contract. However, he is not eligible to be extended because teams are prohibited from extending players whose original length of their contract is less than three years.

The second reason that Morris should be moved is that it would open up playing time for the younger players, such as Kevin Knox. As much as I agree with “earning minutes,” it does not make sense to continue to roll out veterans when the Knicks are most likely not going to make the playoffs. And with the Knicks probably out of the playoffs, as I have said in the past, they might as well make the most of their time and evaluate what they have in their younger players.

According to Ian Begley of SNY, teams interested in trading for Morris may offer up a first-round pick. It has been rumored that teams such as the Clippers, Philadelphia 76ers, and Los Angeles Lakers are interested in trading for Morris. The details as to what those teams are willing to offer have not been disclosed, but hopefully, it would last a first-rounder, and other draft picks as well.

Why should Morris not be Traded?

As I mentioned earlier, Morris has been providing leadership to this Knicks roster and stability on both sides of the floor, particularly the offensive end. These are valuable traits that cannot be overlooked because they are highly coveted for a developing team that is also struggling to generate buckets.

But the point where I believe trading Morris is not in the best interest of the team is if the Knicks are not getting any substantial return from other teams. In other words, if teams are only offering a second-round pick and no other assets, then it would make sense to keep Morris around to continue to provide leadership for the Knicks.

Having leadership in a locker room is so important because that helps players get an understanding of how to be a professional in the league. Players like Morris demonstrate how to stay focused on a long season, prepare for games through practice, train during the offseason, all while offering guidance through the nuances of being a professional athlete.

"He keeps raising it up to another level"

The fanatic in me would be so disappointed in seeing Mook go because he brings so much to this team. But I believe the Knicks should trade him and try to get as many picks or valuable players as possible. However, an ideal situation is for the Knicks to have a discussion with Morris about trading him to a contender and then re-signing him on a solid three-year contract on his return. I am unsure if the act of trading a player and re-signing them in free agency has ever occurred, but I would be all for it in this case (let’s hope he would come back).